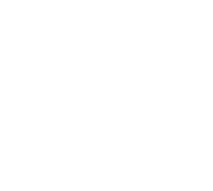 Clarifier basics: How do clarifiers work I Clarifier design

Throughout history, sedimentation has served as a tried and true method for wastewater treatment. Gravity forces contaminants to settle downward in the surrounding liquid whereas clarified water can be removed separately. The same principle is used by wastewater treatment clarifiers: Large tanks provide enough retention time to slow water down and to separate out suspended […]

Tube settlers which are also known as plate settlers or lamella clarifiers are used in drinking- and wastewater treatment plants to settle out suspended solids. Depending on the application the TSS (total suspended solids) loading can vary between 50 to 500mg/l or more. When the solid settling force is higher as all drag forces, solids […]

In Wastewater treatment denitrification describes the final step of the conversion from ammonium NH4+ to Nitrogen gas N2. After ammonium is oxidized by microorganisms in a 2-step process ammonium is at first converted to Nitrate NO3-. Nitrate NO3- is still in the wastewater and although is less harmful than ammonia it can still cause diseases. […]

The design capacity of wastewater treatment plants is usually based on the connected industries and population equivalent. For example, in Germany the population equivalent per one person and day equals 180l (48gallons/day), 60g BOD, 11g TKN, 70g TSS and 1.8g phosphorus. Then, depending on the expected population and industry growth for the next 30 to […]

Trickling filters are biological reactors within wastewater treatment plants which are used to remove organic matter and/or ammonia from wastewater. Compared to the activated sludge process the microorganisms are not suspended in the mixed liquor but they are attached to a fixed bed surface. Nowadays, the fixed bed surface is usually provided by structured plastic […]

In most developed countries, standards for wastewater treatment are continuously improving. Compared to the 1970s the effluent requirements for the most important pollutant indicators BOD, Nitrates and Phosphorus have steadily increased. For example, in the United states the clean water act from 1972 demands that all Municipal sewage treatment plants (POTW) are required to meet […]

TKN tutorial – What is the difference of ammonia and ammonium

Tube settlers which are also known as plate settlers or lamella clarifiers are used to increase settling performance within a sedimentation basin. Tube settlers consist of inclined plates or channels that provide a settling surface area for particles in wastewater and drinking water. The total settling area is the sum of the projected area in […]

Before we can calculate the oxygen transfer rate, we have to determine our oxygen demand. Depending on the wastewater treatment target different factors must be considered to calculate the actual oxygen requirement (AOR). Design flows and loads: Water influents are not consistent and vary between daily minimum, average and peak flows. Design guidelines recommend dividing […]