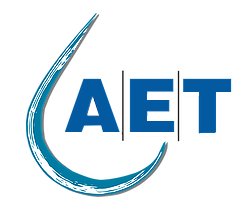 History of wastewater treatment – from Hippocratic sleeve to activated sludge

Nowadays wastewater treatment plants are large, complex facilities that use multiple technologies to remove up to 99% of all pollutants in wastewater. Our standards for clean water are continuously rising and not one day passes by without new innovations for wastewater treatment.

Early water treatment was primarily focused on the aesthetic properties of water, taste and odor. The first simple wastewater treatment process was found in writings from ancient Greece around 1500 B.C.. The findings indicate that boiling and filtering water through charcoal were used along with exposing the water to sunlight and straining.

At the same time the ancient Egyptians were the first people to separate clean water from its contaminants, through the use of coagulants such as alum. Alum is positively charged and attracts therefore negatively charged particles in the water. Over time alum and particles form bigger flocs that settle down.  Proofs of this early technology were found on the Tomb of Ramses 2th. The right person in this picture is adding alum to a water tank whereas the second person on the left is blowing into a tube to ensure a good water mixing and he is leading cleaned water into a boiler. Alum is still a commonly used coagulant in modern wastewater treatment.

With growing civilizations and expanding cities natural waterways became less and less sufficient for water supply. Therefore, the Romans invented in 200 B.C. the first sewer system called aqueducts to transport water from one area of plentiful supply to areas of high population. Aqueducts were revolutionary and the foundation for bigger cities.

1000 years later in the middle ages water treatment hadn’t made any significant improvements but even worse through the collapse of the western roman empire many aqueducts were destroyed, and the future of water seamed bleak. It took many more years as well as pandemics such as the black death in the late 1400s until major steps could be taken to prove the importance of clean water.

Finally, in the early 17th century experiments for wastewater treatment became more and more important. In 1627 Sir Francis Bacon made the first discoveries of desalination which set the scene for future experiments. In 1676 Van Leeuwenhoek was the first scientist to record micro organisms in water treatment.

The first wastewater treatment plant was introduced in the early 18th century by Robert Thom in Scotland. The plant used slow sand filters for water purification and distributed the water trough an early sewer system to everyone within the city limits of Paisley. Water was entering the plant through a bed of earth and stones into a sedimentation basin. Within the sedimentation basin particle settling was accelerated by forming bigger particle flocs with the help of coagulants and flocculants. Afterwards finer particles were filtered out in a gravel filter and slow sand filters before water was stored in a clear well basin. Soon after Thoms first construction of a wastewater treatment plant the idea spread over the whole UK and later to Europe.

In 1854 chlorine disinfection treatment was added to WWTPs as a solution against the increasing number of cholera infections spread through sewer pipes.

The industrialization, population growth and agricultural developments in the beginning of the 20th century possessed new challenges for wastewater treatment. The existing filter and sedimentation technologies were not suitable to handle increasing BOD and ammonia levels. Therefore, in 1913 biological wastewater treatment – the activated sludge process – was invented by Ardern and Lockett. In the following years several tests of the new technology were performed until the first activated sludge plant was built in Stockport, UK in 1920. The basic principle behind all activated sludge processes until today is to cultivate certain microorganisms that consume organic waste and oxidize ammonium to Nitrate and Nitrite.

The following years until the 1970s are characterized by the development of improved biological treatment processes such as SBRs, CBRs, oxidation ditches and fixed bed fill media technologies like trickling filters. After 1970 new technologies were developed for removal of phosphorus, pesticides and other harmful chemicals e.g. reverse osmosis in 1980, UV filtration and others.

Nowadays, one of the biggest challenges for industrialized countries are increasing hormone levels found in wastewater but also the need for energy reductions and smaller footprints. The global population growth and development of mega cities demands continuous improvements for todays wastewater treatment facilities. 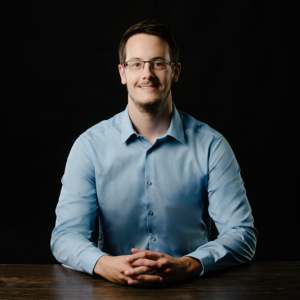